To share your memory on the wall of A. John Piancastelli, sign in using one of the following options:

Provide comfort for the family by sending flowers or planting a tree in memory of A. John Piancastelli

Provide comfort for the family by sending flowers or planting a tree in memory of A. John Piancastelli

Born in London, England to the late Annino and Beatrice (Phair) Piancastelli, John immigrated to the United States in 1963 settling ... Read More
A. John Piancastelli of Perkasie, PA passed away on Friday, April 30, 2021 at his residence. He was 90.

Born in London, England to the late Annino and Beatrice (Phair) Piancastelli, John immigrated to the United States in 1963 settling in Broomall, PA. John and his family moved to Hatboro, PA in 1973 and lived there before moving to Perkasie, PA a year ago.

Cremation services will be private under the direction of the Varcoe-Thomas Funeral Home/Central Bucks Crematory, 344 North Main Street, Doylestown, PA 18901. A Celebration of Life will be held at a later date.

In lieu of flowers, memorial gifts to Doylestown Health Hospice, 595 W. State Street, Doylestown, PA 18901 or www.doylestownhealthfoundation.org/tribute would be appreciated.

To send flowers to the family or plant a tree in memory of A. John Piancastelli, please visit our Heartfelt Sympathies Store.

Receive notifications about information and event scheduling for A. John Piancastelli

Receive text or email updates for A. John Piancastelli

There are no events scheduled. You can still show your support by sending flowers directly to the family, or planting a memorial tree in memory of A. John Piancastelli.
Visit the Heartfelt Sympathies Store

Donations are being accepted for: Doylestown Health Hospice.

We encourage you to share your most beloved memories of A. John Piancastelli here, so that the family and other loved ones can always see it. You can upload cherished photographs, or share your favorite stories, and can even comment on those shared by others.

So many wonderful memories. We were very fortunate to be neighbors. I learned a lot about herbs and cooking, how lucky! You are all in ours thoughts and prayers. The Moutins 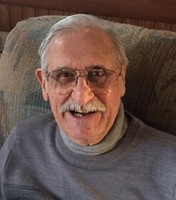