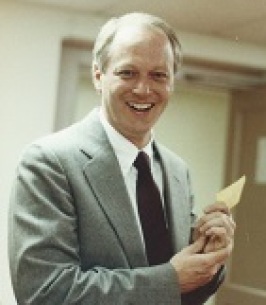 Memorial Candles Lit for Thomas | SEE ALL
Light a Candle
"We are honored to provide this Book of Memories to the family."
— Varcoe-Thomas Funeral Home of Doylestown, Inc.
Funeral Details Memory Wall Photos & Videos Send Flowers

Print
Thomas William Adams, 67, of Carlisle, PA, whose zest for world travel was surpassed only by his love of teaching, passed away peacefully on Sunday, October 21, 2018, of cancer at his home in New Hope, PA.

He was predeceased by his father and mother, Robert A. Adams and Mildred Wise Adams. He leaves behind his partner/spouse of 38 years, David C Scheller of New Hope, PA and his sisters, Joann Adams Eberle of Lewes, DE and Barb L. Adams of Carlisle, PA and their spouses, Howard J. Eberle and Diane L. Easley. Tom is also survived by many loving cousins and his dog, Baci Brown.

Tom was born and raised in Carlisle, PA. He was very close to his two younger sisters despite the many pranks he pulled on them when they were children. As a youth at Carlisle High School, he was involved in the French Club, Student Council, County Chorus, Sing-Out Carlisle and the Up With People Foundation. He graduated from West Virginia Wesleyan College in 1973 where he majored in French. He was a member of the Theta Chi fraternity and served on the Panhellenic Inter-fraternity board. A was also a member of the Chapel Choir, the French Club, and the Pharos student newspaper.

In 1974, he joined the Peace Corp and served 2 years in Sokode, Togo, West Africa. During his tenure in Togo he developed his enthusiasm for travel visiting 5 other African countries.

Returning to Carlisle, PA in 1976, he decided to pursue a Masters degree at Temple University in Philadelphia. Upon graduation in 1978, he landed a job with Telemedia helicopter training operations in Isfahan, Iran. His tenure lasted only a year due to the Iranian Revolution. In 1980, he accepted a position as lecturer at the University of Petroleum & Minerals in Dhahran, Saudi Arabia. It was in Dhahran, Tom met his partner David who worked for Saudi Aramco. As both loved to travel they visited many countries throughout the world together. Tom had been to 26 countries in his lifetime and together they have stayed in 23 European cities (including 12 in France). They also spent many weekends camping along the Arabian Gulf and in the Saudi Arabian desert.

In 1987, they left Dhahran for Philadelphia where they bought their first house which needed major renovation. With the support of Tom’s two sisters and their spouses many projects were completed with fun tales in the process such as the time they sheetrocked their cat inside the wall of a room they were remodeling.

Tom began teaching at the English Language Programs at the University of Pennsylvania in 1988. By the time he retired in 2008 he had risen to Director of the Program. During his tenure at Penn he pursued a Doctorate degree at the Graduate School of Education receiving his PhD in 1998 after which he began teaching at GSE as an adjunct Professor. In his career he had 3 textbooks published, Body English 1987, Inside Textbooks – What Students Need to Know 1989 and Attitudes Through Idioms 1993 co-authored with Susan Kuder of Watertown, MA,

Wanting to be near the beach again, Tom and David bought an old beach cottage in Rehoboth Beach DE where they spent hosting friends and family. Both retired in 2008, sold the house in Philadelphia and moved to Rehoboth Beach. Life at the beach was good but in 2017 due to medical concerns, they relocated to New Hope, PA.

Tom was passionate about many things, he loved teaching, he was an avid reader and researcher, and he developed a knack for cooking French cuisine – which he shared with his family and friends. He was one of the kindest, most loving guys you would ever want to meet.

His family will be hosting a Life Well Celebrated reception in Spring 2019 at a date and place to be determined.

In lieu of flowers, donations may be made to Tom’s favorite charity Tri-State Bird Rescue, 170 Possum Hollow Road, Newark, Delaware, 19711 or www.tristatebird.org.

To send flowers to the family of Thomas W. Adams, please visit our Heartfelt Sympathies Store.

We encourage you to share any memorable photos or stories about Thomas. All tributes placed on and purchased through this memorial website will remain on in perpetuity for future generations.

Provide comfort for the family of Thomas W. Adams by sending flowers.
Send Flowers
next page >>
Page 1 of 0
Share
×

Thank you for sharing!

Or use your email:

Connect with families at their time of loss. By subscribing to email updates, you will receive two daily updates containing all new stories, photos, candle lightings, condolences, and more.