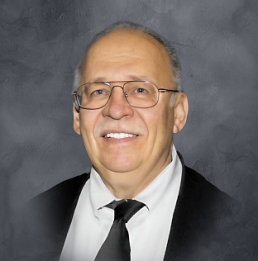 Dr. Joseph P. Harosky, who served as the Director of Upper Bucks Vocational-Technical School system died at his home in Doylestown, PA on Sunday, October 23, 2022.  He was 75 years old.

Dr. Harosky spent his entire career in Vocational-Technical Schools and was Director of Upper Bucks Vocational-Technical School.  He spent his entire career serving in various Vocational-Technical Schools across the State of Pennsylvania in an effort to train students and adults in vocational trade skills.  Dr. Harosky was a staunch supporter of increasing the capacity for the State of Pennsylvania to train high school students and adults in vocational trade skills or non-college careers in such fields as carpentry, welding, aviation mechanics, electronics and nursing.  He believed the vocational trades were essential for the State and that students should be trained forwell-paying professional occupations that did not necessarily require college degrees.

He and his wife, Margaret Anne Stanton, lived for many years in Doylestown, Pennsylvania. He had a passion for hot rod cars, car shows, and mechanically repairing his own vehicles.   Joe was involved in the Doylestown Road Angels and Rotary.

Immediate family members are invited to his Memorial Ceremony at Doylestown Cemetery, 215 East Court Street, Doylestown, PA 18901 on Monday, October 31, 2022 at 9:30 am.