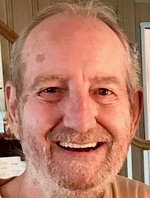 Born in Suffern, NY to the late Charles A. and Catherine (Reilly) Hastings, Chuck resided in Carlsbad and Encinitas, CA before moving to Doylestown 32 years ago.

Chuck was raised in Tallman, NY, graduated from the Sacred Heart Catholic School and later graduated in 1967 from Suffern High School where he lettered in soccer. He received a bachelor’s degree in architecture and a master’s degree in urban design from the Pratt Institute in Brooklyn, NY. Chuck was an award-winning architect, who worked for various firms around the country, including Princeton University.

Chuck was a saber fencer during college when the team was selected for the National Finals. He was an avid amateur sailor and owned many small sailboats. Chuck enjoyed classic rock music, and was looking forward to watching a brand-new season of his beloved NY Yankees.

Cremation services will be private under the direction of the Varcoe-Thomas Funeral Home/Central Bucks Crematory, Doylestown, PA. A memorial service will be planned at a later date.

In lieu of flowers, memorial gifts to the Doylestown United Methodist Church, 320 E. Swamp Road, Doylestown, PA 18901 or www.doylestownumc.com would be appreciated.