To share your memory on the wall of Patricia Carlin Sperling, sign in using one of the following options:

Provide comfort for the family by sending flowers or planting a tree in memory of Patricia Carlin Sperling.

Provide comfort for the family of Patricia Carlin Sperling with a meaningful gesture of sympathy.

Patricia Carlin Sperling of New Hope, PA passed away on Tuesday, November 17, 2020 in Neshaminy Manor, Warrington, PA. She was 98.

Born in Philadelphia in 1922 to the late John J. and Helen Engels Carlin. John Carlin was an architect a... Read More
Patricia Carlin Sperling of New Hope, PA passed away on Tuesday, November 17, 2020 in Neshaminy Manor, Warrington, PA. She was 98.

Born in Philadelphia in 1922 to the late John J. and Helen Engels Carlin. John Carlin was an architect and well-known oarsman on the Schuylkill River (“Mr. Rowing”). Helen Carlin was the head of the Philadelphia Human Relations Commission.

Ms. Sperling attended Philadelphia Girl’s High in Philadelphia. She often told the story of skipping school to participate in a sit-down strike at Baldwin Locomotive Works in Philadelphia as the workers there strove to join the CIO. To her great chagrin, a burly police officer escorted her to the nearest bus stop and out of danger. Pat won a scholarship to Indiana University and graduated from Temple University in 1942 with a degree in economics.

During the Second World War, she worked for the American Friends Service committee on various programs, including a stint in New York helping to resettle refugees from Nazi Germany. Pat was proud of helping interned Japanese Americans to attend college. While at the AFSC, she was secretary to Clarence Pickett, the future Nobel Peace Prize winner.

In 1946, she married Sidney Sperling, then a naval officer who had been stationed in Philadelphia. The Sperlings joined Bryn Gweled Homesteads in Southampton Pennsylvania where they found a liberal community in which to raise their children.

Pat was an active volunteer with the League of Women Voters, the Bucks County YWCA and the Upper Southampton Library . She served as a one-term president for the Southampton Democratic Club. For many years, she was the democratic committeewoman for her district.

Pat worked for the Prison Visitation Service, helping conscientious objectors during the Vietnam War. From 1982 to 1990 she ran her son-in law’s law office in Doylestown, PA.

After retiring, Pat moved to New Hope to an apartment in her daughter’s house. She is survived by her daughters, Elizabeth Sperling of Elkins Park and Martha Sperling of New Hope as well as her son-in-laws Stephan Rosenfeld and Charles Silver. She has left four grandchildren. Her sister, Lorna Shinn and many nieces and nephews also survive her. She particularly cared for her niece, Noni Chadwick. Her dear son, Peter Sperling predeceased her in 1999.

Pat has requested that any memorial contributions be made to either the American Friends Service Committee in Philadelphia or any branch of the NAACP.
Cremation services were private.

To send flowers to the family or plant a tree in memory of Patricia Carlin Sperling, please visit our Heartfelt Sympathies Store.
Read Less 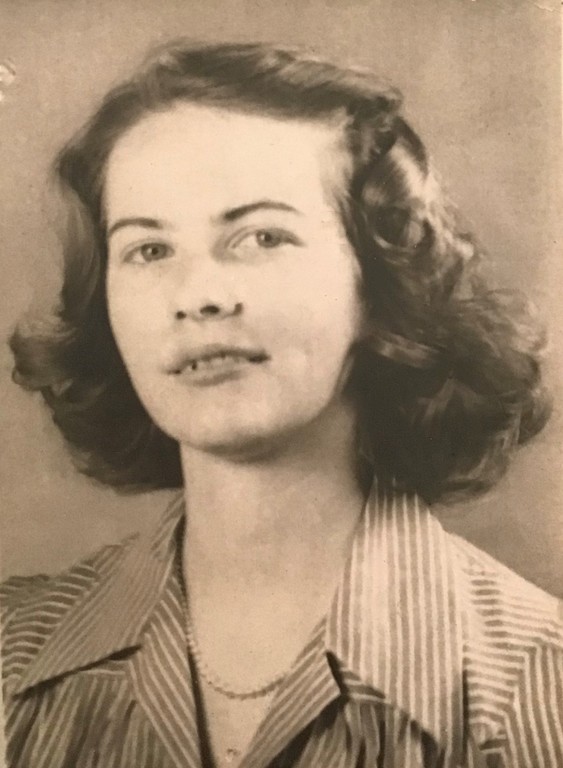 We encourage you to share any memorable photos or stories about Patricia Carlin Sperling. All tributes placed on and purchased through this memorial website will remain on in perpetuity for generations.

Our sincere condolences to you, Bitsy, in the loss of your beloved mother. She was very accomplished and quite a role model.