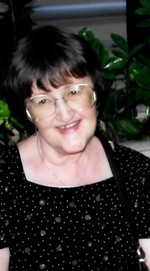 Joy Ann Wallace formerly of Spartansburg and Titusville, PA passed away on Sunday, September 6, 2020 in Symphony Manor of Feasterville, PA. She had also resided at Hidden Meadows on the Ridge in Sellersville, PA. She was 81.

Joy graduated from Titusville High School and received a Bachelor of Music Education Degree from Mansfield University, Mansfield, PA and a Master of Education from Indiana University of Pennsylvania. She did further graduate study at Clarion University, Edinboro University and Westminster Choir College of Princeton, NJ. Joy taught music in New York State, Spartansburg, PA and the Titusville Area Schools for 39 years. She was a member of the Alpha Tau Chapter of Delta Kappy Gamma for woman educators and a life member of PSEA and NEA.

She was the dear sister of the late Marilyn Wallace Kurtic; loving aunt of Melodee Fox (Gene), and Martin Kurtic (Marsha); also survived by four grand nephews and their families.