To share your memory on the wall of Douglas MacMillan, sign in using one of the following options:

Provide comfort for the family by sending flowers or planting a tree in memory of Douglas MacMillan.

Provide comfort for the family of Douglas MacMillan with a meaningful gesture of sympathy.

Douglas Stuart MacMillan of Buckingham passed away peacefully at home on July 14, 2019 with his family by his side. He was 78.

Doug was born on the Fourth of July, 1941 in Englewood, N.J. to the late Elizabeth (Smith) and Douglas C. Mac... Read More
Douglas Stuart MacMillan of Buckingham passed away peacefully at home on July 14, 2019 with his family by his side. He was 78.

Doug was born on the Fourth of July, 1941 in Englewood, N.J. to the late Elizabeth (Smith) and Douglas C. MacMillan. He grew up in Summit and graduated from Colby College with a B.A in Government in 1963. He subsequently enlisted in the United States Army and spent three years serving in military intelligence. He was awarded the army commendation medal during a thirteen month assignment in the Dominican Republic.

After he was honorably discharged, he began a lifelong career in education. He obtained a Masters of Art in Elementary Education from Jersey City State College and graduate coursework in Administration and Supervision at Rutgers. He taught history at The Rectory School in Pomfret, CT where he coached ice hockey and led the team to the state championship game. He was Dean of Students and Head of the Middle School at Staten Island Academy and The Browning School in New York City. Doug later served as Principal for Blessed Sacrament School in Trenton, NJ, St. Ambrose School in Old Bridge, NJ and Our Lady of Mt. Virgin, in Middlesex, NJ. Doug was also a substitute teacher in the Central Bucks School District. He enjoyed working with his brother-in-law at Robillard Auctioneers.

Doug was an avid history buff. He loved sharing his passion for early American History with his students and brought his appreciation for the connection between antiques and historical events to his work at the auction. He was proud of his Scottish Heritage and visited Scotland several times, where he visited family and played golf, sporting the MacMillan tartan.

Fifty years ago, Doug met the love of his life, Jana (Robillard) and they wed in August, 1972. They lived in Staten Island and Scotch Plains, NJ before settling down in Buckingham, PA where they raised their daughter, Kate and son, Andrew. Doug was an incredibly supportive husband, nurturing father, and loyal friend with a dry wit and a warm smile. He was an active member of his parish and his community. He previously served on the board of directors for the American Red Cross, Bucks County Branch. He supported his own children and youth of the community, serving as a leader for the cub scouts and YMCA adventure princesses. He was a CCD teacher and soccer coach and referee for over a decade.

Since childhood, Doug spent his summers in Maine. His favorite place in the world was at the cabin he built with his father on the Belgrade Lakes. He enjoyed being with his family, drinking coffee and waiting for the mail boat to deliver the morning paper. He loved taking his Old Town boat out and puttering around the lake, looking for osprey and loons. He cherished hikes up Mount Phillip to take in the expansive views of the lakes. His greatest joy was watching his children and grandchildren experience the same memorable summers, watching the sunsets on his Golden Pond.


Those who have gone before Doug include his parents, Douglas and Elizabeth (Smith), parents-in-law John and Dorothy (Dee) Robillard, his sister-in-law, Charlotte Bottis (Robillard), and, more recently, his brothers in-law, Jack Robillard and Frank Bottis. Doug will be missed every day by his beloved wife, Jana MacMillan (Robillard), his daughter, Dr. Kathryn Lizcano MacMillan and her husband Dr. Raphael Lizcano, son Andrew MacMillan, and his precious grandsons Gabriel, Daniel. and Samuel. He is also survived by his baby brother, John, and his wife Roberta, nieces Valerie and Joan, their spouses and children and his dear sister-in-law, Pamela Crawford Robillard.

A committal service with military honors will be held at Washington Crossing National Cemetery, 830 Highland Road, Newtown, PA 18940 on Monday August 12th at 11:30 am.

To send flowers to the family or plant a tree in memory of Douglas S. MacMillan, please visit our Heartfelt Sympathies Store.
Read Less

Receive notifications about information and event scheduling for Douglas 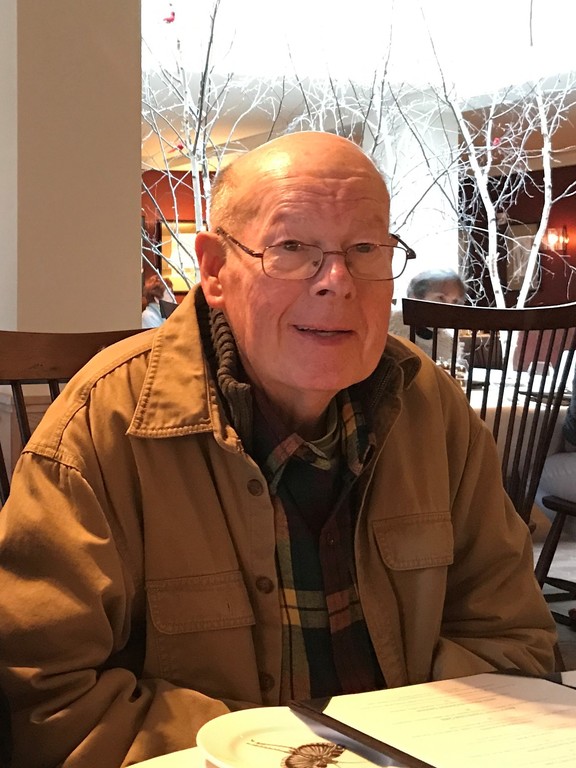 We encourage you to share any memorable photos or stories about Douglas. All tributes placed on and purchased through this memorial website will remain on in perpetuity for generations.

Diane and Hector Lizcano, Steve Schmidt, and others have sent flowers to the family of Douglas S. MacMillan.
Show you care by sending flowers
Hand delivered by a local florist

Diane and Hector Lizcano, Steve Schmidt, and others have sent flowers to the family of Douglas S. MacMillan.
Show you care by sending flowers
Hand delivered by a local florist
DL

With heartfelt sympathy and love. Diane and Hector

Diane and Hector Lizcano purchased the Peaceful White Lilies Basket for the family of Douglas MacMillan.
Order Now | Show All
Comment | Share Posted Aug 08, 2019 at 11:04am via Floral Arrangements
EW

Doug sounded like a wonderful husband and father. We are so sorry for your loss. Our thoughts and prayers are with you and your family. Our sincere condolences, Tom and Elaine Williams
Comment | Share Posted Jul 31, 2019 at 12:21pm via Condolence
HS

We are thinking of you during this difficult time. Sending love and hugs, Your little cousin Anne Marie (MacMillan) Dolan and Jim Dolan

Flowers were purchased for the family of Douglas MacMillan.
Order Now | Show All
Comment | Share Posted Jul 29, 2019 at 01:16pm via Floral Arrangements
SS

Thoughts and prayers are with you, Kate, Raphael, and the boys during this difficult time.

MacMillian Family-Keeping you in our thoughts & prayers during this difficult time. We love you! xoxo -The Bloom Ladies-