To share your memory on the wall of Bruce Hay Sr., sign in using one of the following options:

Provide comfort for the family of Bruce Hay Sr. with a meaningful gesture of sympathy.

Print
Bruce Hay Sr. passed away peacefully on Thursday, May 9, 2019 after a courageous six-year battle with cancer. He was 72.

He was the son of the late Gerald and Helen Hay who both passed early in his life. Bruce was born in Albany New York... Read More
Bruce Hay Sr. passed away peacefully on Thursday, May 9, 2019 after a courageous six-year battle with cancer. He was 72.

He was the son of the late Gerald and Helen Hay who both passed early in his life. Bruce was born in Albany New York in 1947 and lived in that area for about 6 years before moving to Dutchess County New York. He went to Regina Coeli elementary school and was a member of the first graduating class. He attended Franklin Delano Roosevelt High School and was a member of the 1965 “Presidents” the last graduating class from the original high school building.

After graduation, he enrolled in Dutchess County Community College for computer programming for 18 months. During the summer he worked at Western Printing where he met his first wife, the late Ronda Hay. Based on his academic progress, he became draft eligible and made the decision to enlist prior to being drafted in support of the Vietnam war. He chose the field of nuclear weapons electronics specialist which led him to work on the Little John surface to surface missile on the Korean peninsula. He ultimately served for three years in the Army. While in uniform, he married Ronda and welcomed his sons, Bruce Jr., and Brian into the family.

After leaving the service, he, Ronda and sons left from Seneca, New York and moved back to Dutchess County to look for work. Luck was on his side as his landlord, Mr. Henry Fisher, who lived in the other half of the duplex, worked for De Laval. He offered Bruce a job with the De Laval Separator Company in 1970 and he would work there continuously until retirement 44 years later. He started as a field service engineer and retired the key account manager for Gas Turbines.

His time with De Laval, which ultimately changed names to Alfa Laval, was spent in many jobs of increasing responsibility. One of those jobs required Bruce to move the family to Mandeville, Louisiana where he worked in sales. His client was the then Ingalls Shipyard in Mississippi. This time saw the United States Navy build ships at a rapid clip to meet President Reagan’s goal of a 600 ship Navy. His effort directly supported one of the largest Naval build ups in modern history.

He moved the family back to New York in 1981 and lived there until 1990. Regrettably, during this time his first wife, Ronda, passed away unexpectedly in 1988. In the months afterward he was comforted by a good friend who would ultimately become his wife, the former Laurie Allen. Their relationship blossomed and led to their marriage in 1990. About the same time, Alfa Laval moved from Poughkeepsie, New York to Warminster, Pennsylvania. He and Laurie made the move as newlyweds and thus started the next chapter in his life.

He and Laurie purchased 10 acres in the then remote town of Ottsville, Pennsylvania and built a home and a barn. Laurie introduced him to the entire equestrian world to include fox hunts throughout Bucks County and the surrounding areas. He loved eating at Vera’s Country Café and was an avid fan of the NY Giants since he was a little boy. As a longtime resident of Pennsylvania, he came to love the Sixers, Phillies and Flyers nearly as much as his beloved NY Giants. The gentlemen farmer role suited him and maintaining the property on a long line of improving tractors was a guaranteed way to bring a smile to his face.

The biggest smiles were reserved however for his role as “Grampie”, grandfather to his beautiful, vibrant and wickedly intelligent granddaughters Raya and Sheridan. Grampie is a term of endearment from his youth; it was the name he called his own grandfather, the late Alexander G. Welsh.

He is survived by his loving wife Laurie, his sons Bruce Junior and Brian and their families to include two granddaughters Raya and Sheridan. He is also survived by his cousin Kevin Brehm, sister-in-law Brenda Wells and her son, his nephew Eli Wells as well as his brother and sister in law, Mark and Beth Allen and their children, his nephew and niece, Corey and Monica. He is also predeceased by his first wife Ronda, his brother-in-law, Lyndon “Kabob” Wells and nephew Matthew Wells.

The family has elected to hold a private special service. There will be no formal viewing or service.

We encourage you to share your most beloved memories of Bruce here, so that the family and other loved ones can always see it. You can upload cherished photographs, or share your favorite stories, and can even comment on those shared by others.

Posted May 20, 2019 at 03:30pm
Very sorry for your loss. I only met Bruce a few times but he had a wonderful sense of humor and a lot of stories to tell! Sending thoughts and prayers your way during this time.
Comment Share
Share via:

Posted May 14, 2019 at 10:23am
We here at Midas are so saddened by the news of Mr. Bruce's passing. We always enjoyed our conversations in our waiting room, talking about everything from cars, to football. He had told us all about his cancer, and his positivity was absolutely infectious. We will surely miss him.
Comment Share
Share via:
RM

Posted May 12, 2019 at 02:05pm
Our sincere condolences to you Laurie and your family. There are fond memories of the DeLaval family in Poki.
Our prayers & thoughts are with you,
Rusti & Tom McGrath
Comment Share
Share via:
EP

Posted May 11, 2019 at 08:56pm
Dear Laurie, please accept our sincere condolences to you and the Hay family for your loss of Bruce. I remember working with Bruce in Poki and always found him to be extremely nice and very helpful. His kindness showed every time he smiled. When someone we love becomes a memory, the memory becomes a treasure. Again, our deepest sympathy and God's peace to you.
Karl and Liz Pectal
Comment Share
Share via:

Posted May 11, 2019 at 01:20pm
We are very saddened by this news. We both worked with Bruce during the latter part of his career at Alfa Laval. He was such a pleasure to work with and a very hard worker. His positive attitude and infectious smile brightened the room regardless of the stress level of the job. He was extremely professional, a gentleman, and very considerate with everyone he worked with. He loved sharing stories about his family, but always selflessly wanted hear about our family and stories. What a wonderful person and he will be missed dearly. Condolences to Laurie and the family. - Joe and Luisa Polito
Comment Share
Share via: 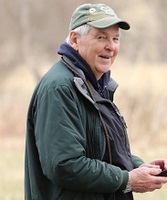 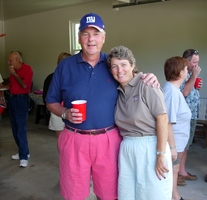 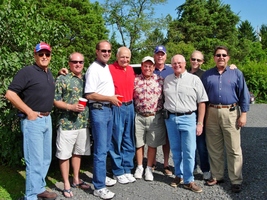