To share your memory on the wall of Thomas McCloskey, III, sign in using one of the following options:

Provide comfort for the family by sending flowers or planting a tree in memory of Thomas McCloskey, III

Provide comfort for the family of Thomas McCloskey, III with a meaningful gesture of sympathy.

Print
Thomas Francis McCloskey, III of Doylestown, PA passed away on Sunday, January 20, 2019 after a courageous battle with cancer. He was 44 years old.

A lifelong Pennsylvanian resident, Tom was born and raised in Philadelphia before reloca... Read More
Thomas Francis McCloskey, III of Doylestown, PA passed away on Sunday, January 20, 2019 after a courageous battle with cancer. He was 44 years old.

A lifelong Pennsylvanian resident, Tom was born and raised in Philadelphia before relocating to Bucks County in 2008.

For most of his professional life, Tom’s career of choice was that of an electrician, a trade in which sparked pride and enjoyment particularly during his past six years at Bucks County Water & Sewer Authority. Tom was known for his friendly demeanor, strong work ethic, love for his family and a penchant for heavy metal. As a proud former member and Honor Guard of the Ancient Order of Hibernians of Fishtown and Doylestown, Tom embraced his Irish heritage and brotherhood. Cooking was among Tom’s celebrated interests as noted by his fondness for extended family dinners for upwards of twenty people which were held several times a year. He was not one to shy away from whipping up an untraditional or exotic dish and his pineapple stuffing was a family favorite. Music was the spice of life for Tom; his daily life would not be complete without an array of genres spilling from his home and car speakers. An avid collector of vinyl records and enthusiasm for live music, Tom was passionate about attending concerts, with a *good* month entailing weekend-long music festivals. As a native Philadelphian, it should go without saying Tom was loyal to the EAGLES!

In lieu of flowers, memorial gifts may be made to the American Cancer Society, 1818 Market Street, Suite 2820, Philadelphia, PA 19103 or www.cancer.org in addition to Manna on Main Street, 606 E. Main Street, Lansdale, PA 19446 or https://mannaonmain.org. Tom had hoped to begin the volunteer process at Manna once he had returned to work.

To send flowers to the family or plant a tree in memory of Thomas Francis McCloskey, III, please visit our Heartfelt Sympathies Store.

Receive notifications about information and event scheduling for Thomas

Donations are being accepted for:
American Cancer Society Manna on Main

We encourage you to share your most beloved memories of Thomas here, so that the family and other loved ones can always see it. You can upload cherished photographs, or share your favorite stories, and can even comment on those shared by others.

Posted Jan 25, 2019 at 11:37pm
I saw that Tom had hoped to volunteer at Manna, which really struck me because I had been thinking the same thing. I volunteered there in the past with Rae. Peace and love to your family

Posted Jan 23, 2019 at 10:10pm
Tommy, I'll never forget hanging out behind the Spectrum and in front of the Troc with you before numerous shows. Especially when I did the big picture on the back of your leather while we waited for Vince Neil sans Motley Crue. I think my grandmother had a crush on you. Say Hi to her when you see her. She'd like that. I'm going to miss you my friend.
Until we meet again
LC
Comment Share
Share via:
LM

Posted Jan 23, 2019 at 11:16am
Warmest condolences from the Hirsh family and cavy friends from all over. Always enjoyed chatting with Tom at shows. He will be greatly missed. 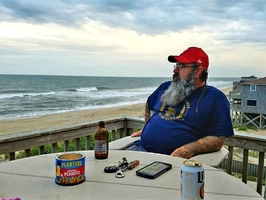 OBX. He loved it there. 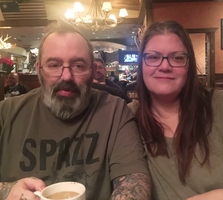 Our last night out; dinner with Bella at Longhorn 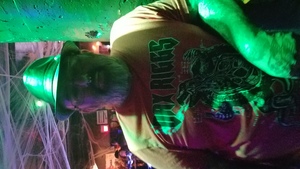 Roky Erickson at Underground Arts. One of our favorite musicians, tried to see him everytime he came to town
Our deepest condolences, From The Linn family (Fawn's parent's & brother)
In Brigantine with baby Logann, 2018
Tommy with granddaughter, Aramey. 2018
OBX
St Patrick's day parade 2009
Loved that band
Gabe & Uncle Tom
A lot of fun times were had in that Brigantine garage
🤘
Melissa with uncle tom
Dan, utterly impressed by Tommy's guitar licks
34
4
+30
Add Photos
Upload up to 10 images at a time, max 8MB each