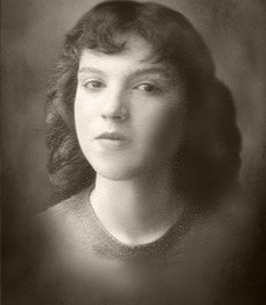 Memorial Candles Lit for Joan | SEE ALL
Light a Candle
"We are honored to provide this Book of Memories to the family."
— Varcoe-Thomas Funeral Home of Doylestown, Inc.
"RIP Joan Thoughts and prayers are with you and your family "
— Theresa Nadelman
Funeral Details Memory Wall Photos & Videos Send Flowers

Print
Joan M. Nunez of Doylestown, PA passed away in Neshaminy Manor, Warrington, PA on Sunday, December 17, 2017. She was 84.

Born in El Paso, TX with her twin sister Jean beside her, leaving a bond which could never be broken. Joan travelled the US with her sisters, parents and grandmother (Mimi) during her youth and was part of the Beat Generation, having friends that were famous writers and poets. Her late father also worked for Walt Disney drawing comics in California. She lived in The Village in New York City, before moving to Doylestown, PA 16 years ago.

Joan was formerly employed as a bookkeeper in New York City and was currently employed with the Doylestown Library for the past 13 years. She enjoyed reading, writing and spending time with her family.

A service will be held at the Varcoe-Thomas Funeral, 344 North Main Street, Doylestown, PA 18901 on Saturday, December 23rd at 2:00 pm. The family will receive their friends from 1:00-2:00 pm at the funeral home prior to service.

To send flowers to the family of Joan M. Nunez, please visit our Heartfelt Sympathies Store.

We encourage you to share any memorable photos or stories about Joan. All tributes placed on and purchased through this memorial website will remain on in perpetuity for future generations.

LN
To say that Joan will be missed, would fail to express the loss those who love her are experiencing. Joan...such a beautiful woman. I had the joy of knowing her and will miss her very much. I can only imagine the heartache her sons must feel...how lucky they were to have such a wonderful, loving mother. I know that her daughter-in-laws grieve. I know that her grandchildren will miss their loving grandmother. My heart goes out to Joan's sister, Monie, Joan's twin sister, Jean and to the loving nieces Joan adored. To all those friends and all those who love Joan my deepest sympathies. I will miss Joan. I find comfort in knowing that she will always be in the lives of all those she loves and those that love her. I will miss Joan. I do feel very blessed to have known her and will love her forever.
Lisa Prazeau Nunez - Saturday December 23, 2017 via Condolence Message
Share This:

RIP Joan
Thoughts and prayers are with you and your family
Theresa Nadelman - Thursday December 21, 2017 via Memorial Candle
Share This:

RIP Joan
Condolences to the family with love...
Theresa and Philip Nadelman - Thursday December 21, 2017 via Heartfelt Sympathies | Order flowers in memory of Joan
Share This:

CS
Eric, April and Family,
We are so sorry to hear of your family’s loss. We were glad to have met her when she would come to visit in Michigan and was a very friendly and lovely person.
Cindy & Steve - Wednesday December 20, 2017 via Condolence Message
Share This:
1
Page 1 of 1
Share
×

Thank you for sharing!

Or use your email:

Connect with families at their time of loss. By subscribing to email updates, you will receive two daily updates containing all new stories, photos, candle lightings, condolences, and more.